Ciro put me in touch with Anson Stewart, who spent a year traveling and making public transportation maps while on a Watson fellowship. Anson, who is now doing a PhD in transportation networks, Skyped with me and gave me a lot of guidance and new resources. There are a number of very cool projects happening around the world, and it is great to be able to draw from them for the Amman branch of this global endeavor.

For example, the people at Digital Matatus are going some great stuff in Nairobi. Check out their website for the full project, but I'm including below their map which is both schematically accessible and includes a wealth of information in just a two page document: 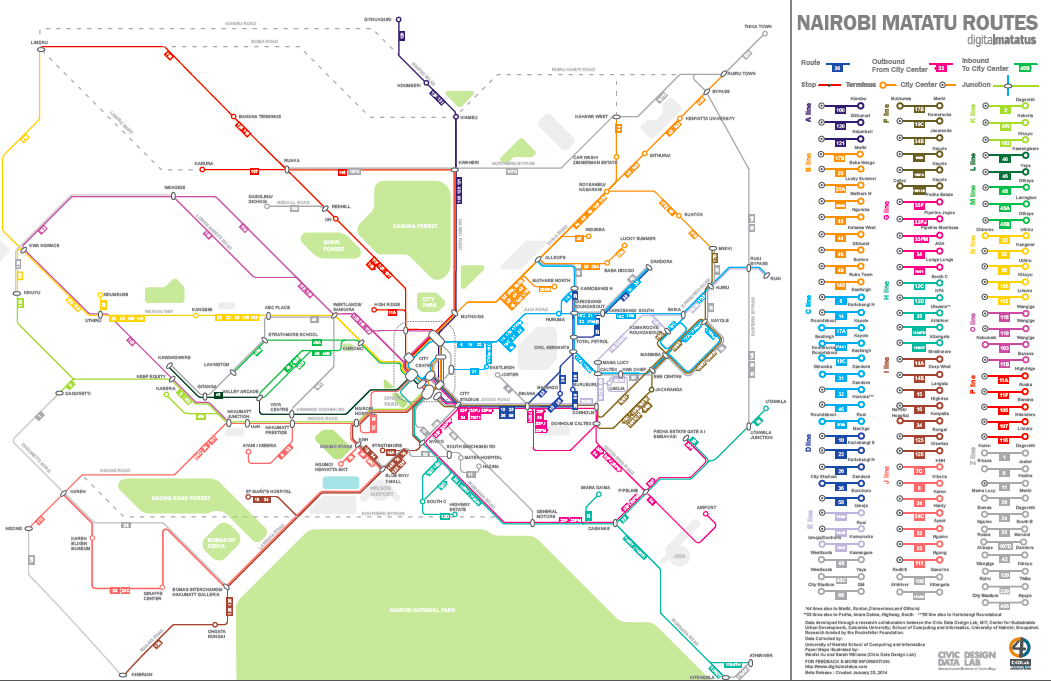 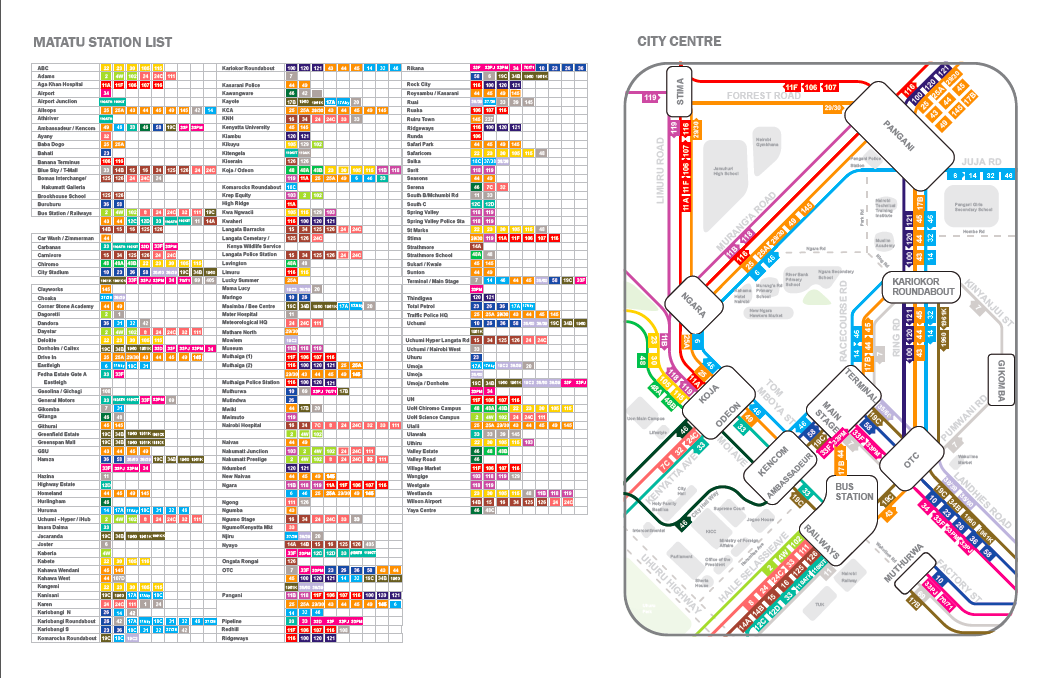 Anson also walked me through some of the research possibilities that can come from exploring the transportation data through the General Transit Feed Specification (GTFS) format. It’ll be really interesting to compare Abdoun to Hashmi to Sweileh to Na'ur to see how different regions are being served under the current system.

Anson also talked about how GTFS has its roots in North American and European systems, and so some adapting needs to make GTFS fully useful in the developing world. Stops, for example, are a major data point in GTFS, even though Amman’s stops are not easily identifiable, and to some degrees is not even an important piece of data since most busses do drop-off/pick-up on demand at any point along their routes. Coming off of the post from yesterday, I’ll also be interested to see if it’s possible to include data like police searches in programs that use GTFS as their basis for analysis.

Either way, it's great to have these examples of different projects to learn from and draw upon to improve the quality of the map I’m making, as well as the potential uses for the data outside of the map itself. The upside is I've got some great reading from Anson, so I'm sure I'll be posting again soon on thoughts from my homework.
Posted by Peter at 4:05 AM

The goal is to develop a useable map of Amman's public transportation system. Along with other volunteers, I ride buses, coasters, and service taxis, recording routes and talking with drivers.

The Map and Data (so far)

I lived in Jordan from 2012-2015 where I helped start a project to map Amman's bus system. This blog contains some stories and reflections from that project. Contact info: peter.damrosch@gmail.com.